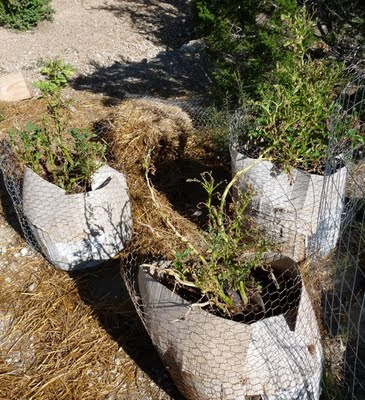 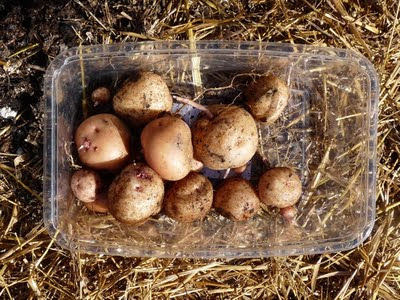 The chickens were unsure of the ducks when we first let the ducks range the property unattended. There were attempts to assert some sort of pecking order, which was at first befuddling to the ducks ("hey, why is this bird pecking on me??") to then outright annoyance (duck: *chomp!*). The Pecking Order Fallout faded within a few weeks with the ducks holding no grudges, and the chickens giving it up but remaining a bit confused over these short, squatty little birds.

The one grudging exception: Moe ("she's The Queen!") Duck. She remembers Feisty (The Bloodthirsty) Chicken. Feisty is a flighty, ornery little Egyptian Fayoumi who even our veterinarian doesn't like.  [Once while getting checked for an illness (yes, I take my girls to the vet), Feisty attempted to tear into the veterinarian, and in the process tore a chunk of latex glove off his hand. She also tore a chunk or two of skin from my own hand during the illness recovery, but heck, I'm used to goose bites, so no biggie.]

If Moe sees Feisty approaching within three feet, Moe gives chase. Moe will chase Feisty across the yard, under bushes, through flowers, past trees, on and on until Feisty finally gets out of eyesight. I've seen Moe chase Feisty a good 30 yards, full-out and non-stop, which is pretty impressive for a tugboat on webbed feet. If Moe ever gets ahold of Feisty, there will be a massive CHOMP! and feathers flying. "Pecked to death by ducks" indeed.

One thing I learned while practicing martial arts, of which Feisty never had the benefit: NEVER underestimate the short ones. They have a lower center of gravity, and WILL hand you your @ss on a platter.
Posted by d.a. at July 12, 2011 4 comments: