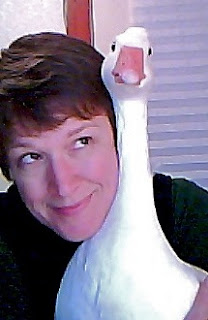 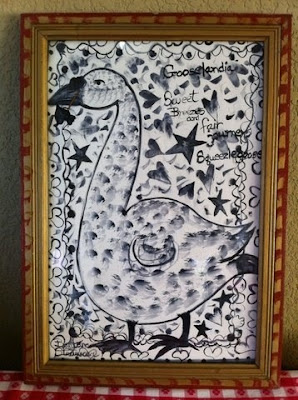 No chickens, geese, ducks or dogs: today's farm post is blacked out in protest of the current SOPA (Stop Online Piracy Act) and PIPA (Protect IP) bills that are currently being considered in Congress. 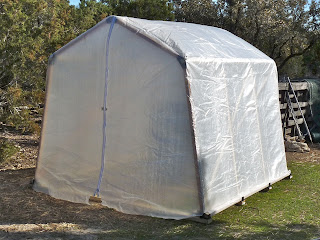 When I last wrote about putting together this small greenhouse project in early December 2011, an important piece had busted in the process, leaving me flummoxed as to how to repair or salvage the project. Spouse to the rescue! While I was out running errands one day last week, he put on his thinking cap and fabricated a part to replace the busted piece. He used a scrap of flashing, duct tape, some screws, and mitred two of the 2"x2" boards to align with the roof peak board (I know there's got to be an official name for this part of a roof - I'll figure it out someday). He then planed down some of the other 2"x2"s so that he wouldn't bust any of the other pieces like I did. Smart. He put it all together, and it was waiting for me when I got home. *swoon* I think I'll keep him.


The metal part, with screws and duct-tape (duct-tape holds the universe together): 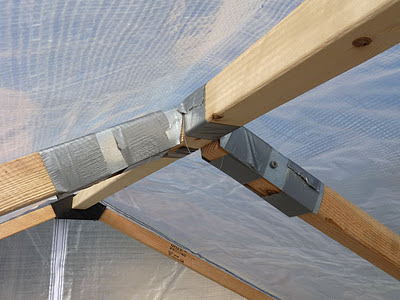 The actual greenhouse roof connectors. The plastic connecters allow you to use un-mitred boards, just put the square boards into the square plastic openings. There are screws underneath to hold 2x2's in place. Easy peasy (if the wood is sized properly. Hmph.) 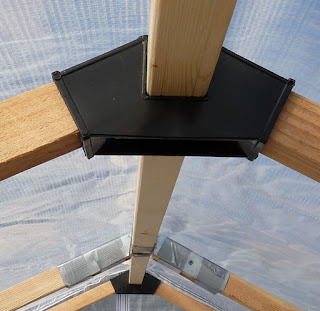 The side roof-to-wall connector: 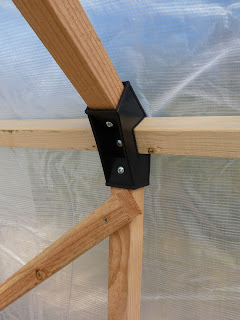 Tough to see, but the bottom connector is down there. 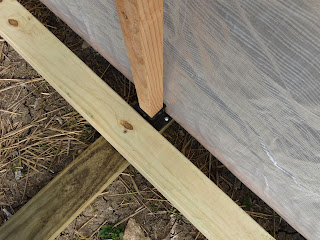 The greenhouse cover is zippered on both sides, and the material is fairly sturdy. I don't know what percentage of light it lets through, however, so when I start seeds I may install a full-spectrum bulb to ensure proper germination. If you're interested in putting together one of these structures, you can find the kit and the greenhouse cover online (nope, I don't get paid for this review or for the link). Do some shopping around, as price varies. Amazon still has the greenhouse cover at a discounted price, but no longer appears to carry the connector kit at this time. And remember to factor in that you'll need to purchase the lumber. I think it's a good deal for the size of the structure (8' high x 8' long x 6 1/2' wide), but you could probably find a smaller greenhouse that's sturdier for the same amount of money. I also like that this structure is moveable (Spouse and I carried it with relative ease), and we can re-use it for different purposes in the Summer.

In another flash of brilliance, Spouse remembered that a dark barrel filled with water can act as a passive solar collector/heater (if it gets enough sunlight during the day). Picked up a used 55-gallon food-grade barrel at the local feed store, and filled it up. Bonus: this will also act as an emergency backup water supply. 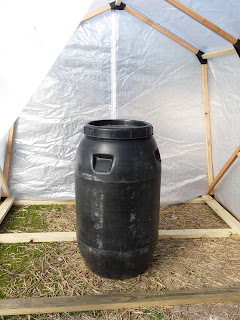 Next: moving all the over-wintering plants into the greenhouse. I can take down the rigged wood structure under which our plants currently reside, and put away the overnight tarp. Yay!!!
Posted by d.a. at January 10, 2012 10 comments: