It's been unseasonably warm this Fall/Winter, and I'm doing my best to take advantage of this fact by catching up on odd projects. For example, the photo left shows the goose hutch, recently modified by adding new left and right openings. Our geese like to have a clear view out, and the hutch as it was before would rarely be used by more than one goose. Hopefully that will change. Cutting out the new entrances was my first experience using a circular saw doing unguided "plunge cuts" (kids, don't do this at home -- or at all). The result looks a little like something out of a Dr. Seuss book. The geese, opinionated though they may be, have never had anything to say about architecture. Thankfully.

The geese should start laying eggs any time now, but there's no sign yet that they're even thinking of doing so.  Last year they started dropping eggs by Winter Solstice. This year? Not even a hint of territorial crabbiness. No pairing for "snuggles" in the Pool of Woo. No cheering on of others "snuggling". Nada. We've lost four geese this year - Godzilla, Princess, Gina, and Miss Cecily - and have gained a new Buff Pilgrim goose, adoptee "Purdy" Gertie. I've been wondering how Billy-Bob, the lone gander, is going to handle having a whole harem to himself. I'm sure he's not worried.
Posted by d.a. at December 27, 2010 5 comments: 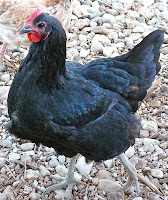 It's that time of year when the hens slow down their egg-laying proclivities - the less light available during the day, the more they slow down. Commercial farmers get around this by using timed, artificial lights to keep the production high, but the drawback is this method also shortens the lifespan of the hen. Not something I'm interested in doing, as most of our hens are pets. [There, I said it, I admit it. If it wasn't blatantly obvious, I love our squawky, fussy little fuzzybutts.] Thankfully, our girls are still laying enough eggs to sell through the co-op and to individuals, which in turn buys their organic feed (and a bit more to make up for those slacker geese).

Fall or Winter is also a good time to de-worm. The problem with the usual deworming method is that it requires you to destroy any eggs laid during the deworming process. Pretty intense chemicals are used. On one hand, you KNOW that the girls are going to emerge from the process "clean as a whistle" when using these chemicals. On the other hand, I wonder if such heavy-duty chemicals are really necessary every year, unless there's a major infestation*. So this year, I'm trying out Verm-X and pumpkin seed smoothies.

You can read more about Verm-X at their site. Basically, Verm-X is an herb/spice combination that is supposed to have deworming properties. You can get it in liquid form, or feed pellets. One challenge, however: the girls drink and forage in so many places that I can't guarantee they're ingesting enough (or any) of the formula. Tried soaking bread scraps in the liquid Verm-X as an alternative suggested by their site, but the girls wouldn't touch the stuff - it has that potent a scent! After chatting on Twitter with a couple other hen-addled folks, came up with a solution: pre-soak scratch grains in Verm-X. This gives the Verm-X time to "off-gas" some its scent, making it more approachable. The girls are now eating the grains. 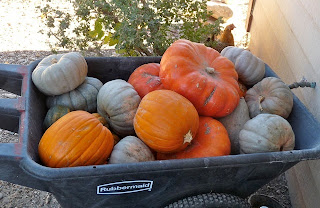 I also took home a bunch of free pumpkins from the garden nursery a few weeks ago -- one person's old Fall decorations are another person's home canning project -- of which the pumpkin seeds can be used as a dewormer. Grind fresh seeds in a food processor with some unsweetened bio-active yogurt, and serve. This recipe is what the girls REALLY love. Figure I'll make this smoothie recipe for the remainder of the six-week de-worming process (the Verm-X will run out before then), and see how it goes.

Supposedly back in "ye olde days", those who worked with animals on farms were also encouraged by country doctors to do a regular de-worming regimen (and of course, I can't find the links where I first read this). There are plenty of herbal parasite cleanse methods available to humans over-the-counter. It's been three years of owning animals, so I'm thinking it wouldn't hurt if I were to do one as well. And thankfully, I don't need to worry about throwing out my own eggs.


*NOTE: [start legalese] Be sure to talk to your vet or doctor (whichever is appropriate) before undertaking any parasite cleanse. This blog article is provided for information purposes only. [end legalese]
Posted by d.a. at December 08, 2010 7 comments:

Email ThisBlogThis!Share to TwitterShare to FacebookShare to Pinterest
Labels: health 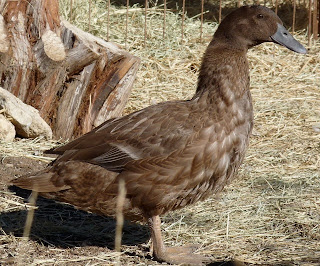 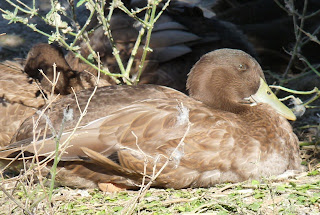 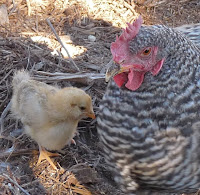 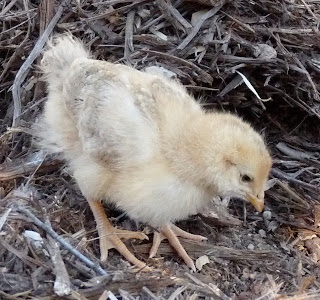 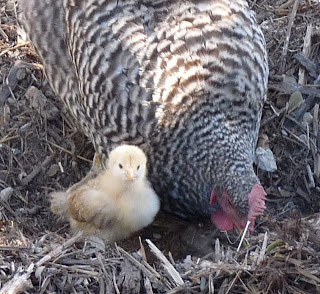