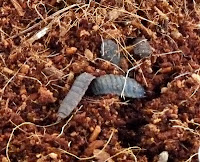 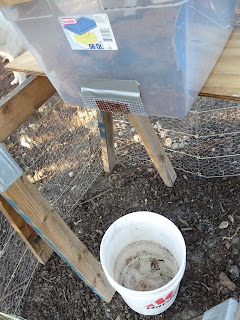 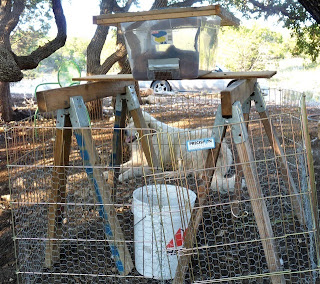 [Pic top: mature grubs, ready to either become flies, or get eaten by our girls. They feel dry and leathery. Second pic: details of the temporary setup. Pic bottom: the current setup.]
Posted by d.a. at August 16, 2010