Peeper is a Rooster... 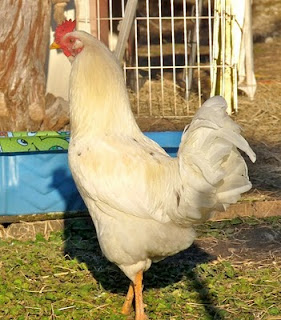 ...and shall soon be renamed "and Dumplings" if he doesn't quickly move past the @sshole adolescent stage. He tries to mate with the hens by force, but thankfully Lucky the top roo has learned to chase Peeper off - that is, if I'm not already there & doing so. Sometimes Lucky and I will tag-team: I'll do the initial scaring off, while Lucky runs Peeper away a few (dozen) yards. 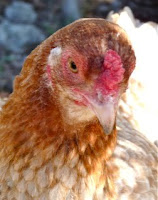 Peeper also has an unfortunate preference for the Cubalaya hens, who not only have not returned the preference, but will fight him tooth and nail. Small but mighty, Cinnamon & Nutmeg are the pecking order enforcers of the hen flock, and brook nonsense from no one. Including Peeper. Can't fault him for his good taste, however.