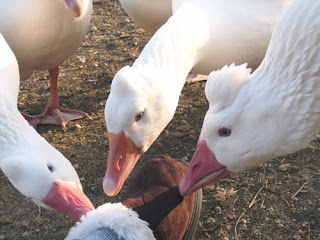 Slowly but surely (like the aforementioned turtles*), we're making progress on the orchard installation. The hitch was finally installed on the car, so we can now rent/haul a digger to the property. A generous gift from Mom (thank you!) will allow us to purchase the first few trees. Still deciding whether to start with the fruit or nut trees...

The vegetable garden is high on the priority list as well. Gardens in South-Central Texas need to get started from mid- to late-January. The two raised garden bed forms have been made, and now it's a matter of hauling the soil over and filling them in. Plans for two more garden beds are in the works - just gotta scare up more of that thing people call "spare time". I also have plans for herbs on the eastern side of the house, and berry canes for the south side. Spouse is still out of commission - and will be for awhile - due to bone spurs on his spine (long story, but no more hauling refrigerators on his back), so we're making purchases of assistance devices such as dollies and carts that he can use as long as he remembers to lift with his knees, and not his back. Ahem.

The food storage class starts in two weeks. I cleaned out the closets of all the clothes I, ah, outgrew over these past few years (*shakes fist at slowing metabolism*), and now have a goodly amount of storage space available for canning and preserving efforts.

Seeing everything starting to roll together like this is overwhelming and exhilarating all at the same time. Whew! The new year is going to be something else!

* One of my grandmother's jokes about progress or lack thereof.